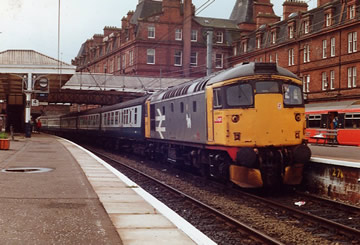 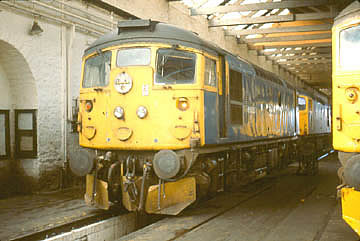 26035 in the familiar setting of Lochgorm Locomotive Works at Inverness on 02/07/80. David Hills 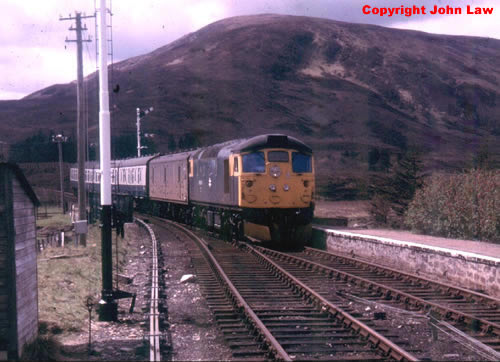 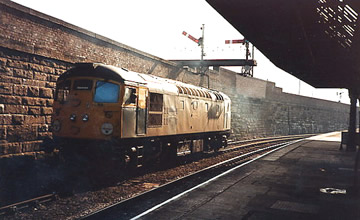 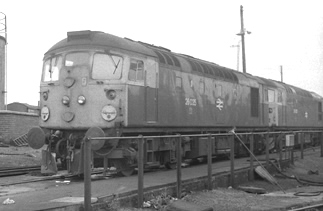 Notes
OMO fitted 01/89
Stored at Polmadie for a short time from 15/08/83.
26035 was unique among Class 26s in having full yellow ends (front only, not cab surrounds or doors) with the green livery (although some 27s also carried this livery). 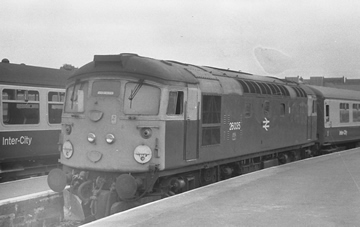 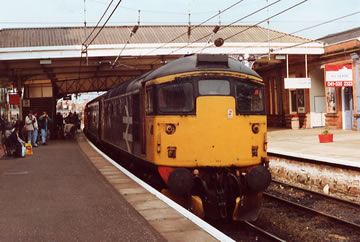 Friday 28/02/92
26035 suffers a major loss of power while working theAT52 ballast trip and is towed to Eastfield. Major repairs began on the power unit and main generator, but the loco ultimately needed a transplant, with the intact engine and generator from 26028 being put in. 035 came off shed on 02/04/92. 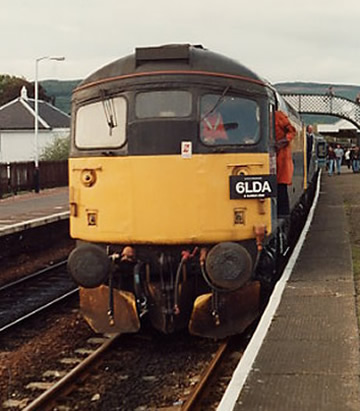 A cracking day out for cranks, wound up by 6LDA and ScotRail and offering the first 26 triple-header for at least 12 years… After its D exam at Inverness, ‘banger blue’ 042 was performing well, so the first part of the diagram went well enough, apart from a windbag driver. The 1130 was wedged though, as it was down to five coaches from the expected 7. It was the same driver on the return to Perth, so we arrived at Perth 15 down. 26002 then reversed on to the pair already on the train, and… the guard announced he refused to take the wedged train forward as he considered it a ‘danger’. After a short, but career-defining call to ScotRail Control, the guard re-emerged with his bottom lip dragging on the platform and announced that we would be going forward after all.

We left some 50 late, and 002 was no great help as per usual. It was removed at Aviemore as booked, but the driver announced he wouldn’t take it back to Perth. As it turned out, this was to be 002’s last working. We headed off for Inverness with the pair again.

Owing to the very late arrival, there was no time to refuel the pair, so they were just shunt-released and put back on the sharp end, although the chance was taken to add two extra coaches as well.

A Class 37 was despatched to Aviemore with 26035 (fresh off repairs but odds-on better than 002) to complete the diagram, and also hauled 002 to Inverness.

The pair took the 1627 to Aviemore, and 26035 was attached as well for a truly storming run down the Highland Main Line, delighting cranks, ScotRail staff on the train and photting by the lineside et al. 035 ‘should’ have been detached at Perth, but 001 was removed instead as low on fuel and no doubt for the riot too… 042 and 035 (fitted with banger blue 26028’s engine and generator) had a great run to Edinburgh and then back to Perth.

12/92
26035 was withdrawn. Early in December, two traction motors were damaged and no repairs were sanctioned. Parts were removed immediately to use on 26001. 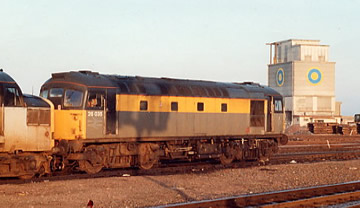 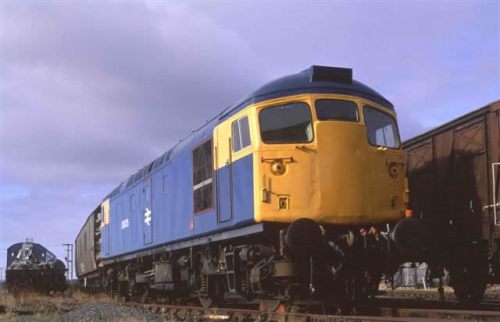 26035 at Bridge of Dun on the Caledonian Railway. JB 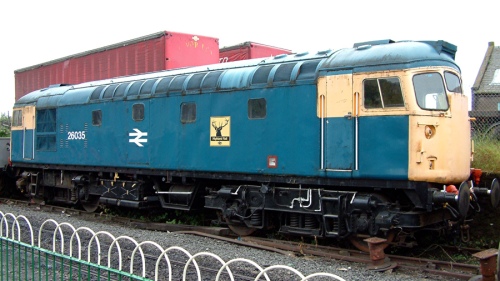